My artistic career and inspiration

The experimental handling of techniques, materials and color aesthetics has occupied me since my studies at the University of Fine Arts in Hamburg. After graduating from university and working independently as a graphic designer for a few years, I finally decided to change direction, which was to be the starting point of my career as an artist and craftswoman.

Inspired by a student trip to Mexico, where I became fascinated by the colorful and special Mexican art of weaving, I decided to learn the technique of hand weaving. While studying on the handloom, I was able to translate my creative ideas into fabric and discovered a wide and varied range of possibilities for textile expression. Following my journeyman’s and master’s exams, I opened my studio at Bernstorffstrasse in 1983, where I still produce, exhibit and sell my textile art to this day. In such a colorful and diverse district as Hamburg’s Sternschanze I feel at home with my artistic work and always inspired over and over again.

Shortly after I learned weaving in my apprenticeship, I began to break the grid of squareness, which is fundamental to the weaving process, and to interpret and change the traditional way of weaving for myself individually. I started to create the special scarves that are characteristic of my work today. The light and airy scarves look as if they are made of captured threads, sometimes reminiscent of the paintings of Jackson Pollock. Special techniques of textile assemblage, which cannot be used industrially, make each piece a unique creation, which ranks in the borderland of art, design and fashion. In addition, my passion for the reuse and repurposing of diverse textiles in the sense of textile recycling runs through many of my works, in which the recycling idea is reflected in a creative way. In addition to selling in my store studio and through the online store, I showcase my scarf designs at many different craft fairs, trade shows and exhibitions each year and sell my work through agents in the American and Japanese markets in the meantime.

In addition to the many different scarf collections that I have designed and produced throughout my career, I also have another passion that can be primarily attributed to the field of abstract art. It is about artistic textile room objects and wall hangings, which I mostly produce and present in the context of art projects or exhibitions.

My first project in 2003 focused on the kimono as a cultural artifact and special piece of clothing.  The clear kimono form served me as a projection surface for different textile techniques. In this work, the traditional kimono as a piece of clothing is reinterpreted and thus itself becomes a carrier of messages and a transmitter of a culture, of different textile techniques and materials. I was able to present my work, among other places, in the Museum für Kunst und Gewerbe and as part of the exhibition „TRANSIT – Ideas in transit“ arts and crafts from around the world in the Hamburger Handwerkskammer.

For the exhibitions „Money or Life – Thinking about Sustainability“ in the Reinbek Castle, as well as for the Eunique Karlsruhe special exhibition „just plastics – new uses“, I worked on the topic of art made of plastic and created the object „Beifang“, consisting of plastic waste from the North Sea beach, to criticize increased environmental pollution and to show the relevance of recycling and sustainability.

In 2019, I conceived the window display exhibition „Vernetzt“ (Networked) as part of the Hamburg Summer of Architecture, which thematically addressed the centenary of the Bauhaus founding. Works by the artists Anni Albers, Ruth Hollos and Gunta Stölzl formed the foundation of my textile reinterpretations and approaches to the Bauhaus weaving and homage to their women. Within textile surfaces, wall objects and room dividers, I cited design principles of the Bauhaus in the form of geometric shapes, which were draped and attached to a fine grid using the technique of assemblage.

As „Hommage à Niki de Saint Phalle“ and „Hommage à Sonia Delaunay“ I produced textile objects which represent a special mixture of anarchic colorful patterned textile elements made of cotton, silk and linen on the one hand and strict geometric forms made of pongé silk and microfiber fabric on the other.

In the project „Memories“ (2012-2014) I explored everyday memories and created the objects: „New Year’s Eve“, „Shopping trip“, „Easter“ and “ Dream“ based on them. They consist of different materials, which can be regarded in their form as carriers of remembrances and were woven and sewn by me into textile surfaces. My intention was to create memory objects with which viewers can identify and which they can additionally fill with their own individual experiences.

The exhibition „Inspiration Hamburg“, of the Biennale of Applied Art took place in the Museum of Hamburg History in the fall of 2020. As part of the exhibition, I designed the object „Ausgelotet“, consisting of more than one hundred meters of natural-colored hemp rope, which is reminiscent of the classic hand plumb bob used to determine the depth of water in former seafaring times. One of my other exhibits for this exhibition is called „Tüüg und Takel“ and contains a colorful assortment of textile Hamburgensien, such as scraps of fabric from a Hamburg flag, an FC St.Pauli fan scarf, a fisherman’s shirt from Finkenwerder and much more. My third work „Stadt am Strom“ (City on the River) quotes the map of Hamburg and its surroundings and shows the course of the Elbe River from Wittenberge to Cuxhaven with a filigree net embroidery. I am very pleased that I was awarded the prize for the best single piece by the HWK-Hamburg for this object.

As a craftswoman, I am especially happy that apart from selling in my store studio and arts and crafts online store, I have also been able to present my designs at numerous arts and crafts exhibitions, markets and fairs over the years. It all began in 1988 with a presentation at the Frankfurt fairs Ambiente and Tendence. Among others, the Eunique in Karlsruhe, the Hamburg fair „Art and Craft“ in the Museum of Art & Crafts, the Advent Fair in the Koppel 66 and the Grassimesse in Leipzig followed.

1992 Promotion Award of the HWK Hamburg

2004 Award of the Justus Brinckmann Society

2011/13 Nominated for the WCC-Europe-Eunique Award

„Vernetzt am Puls der Zeit“ (Connected to the pulse of time) 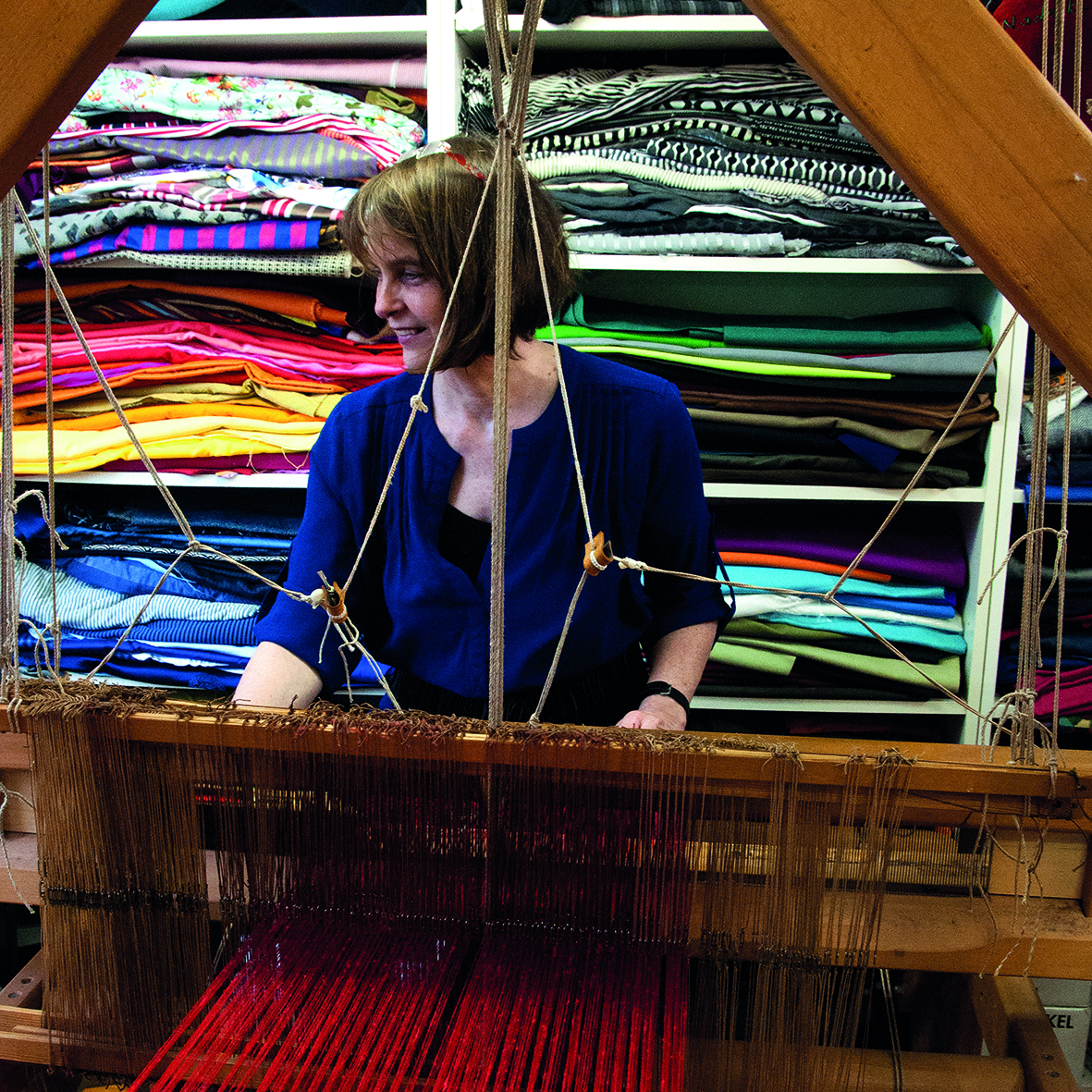 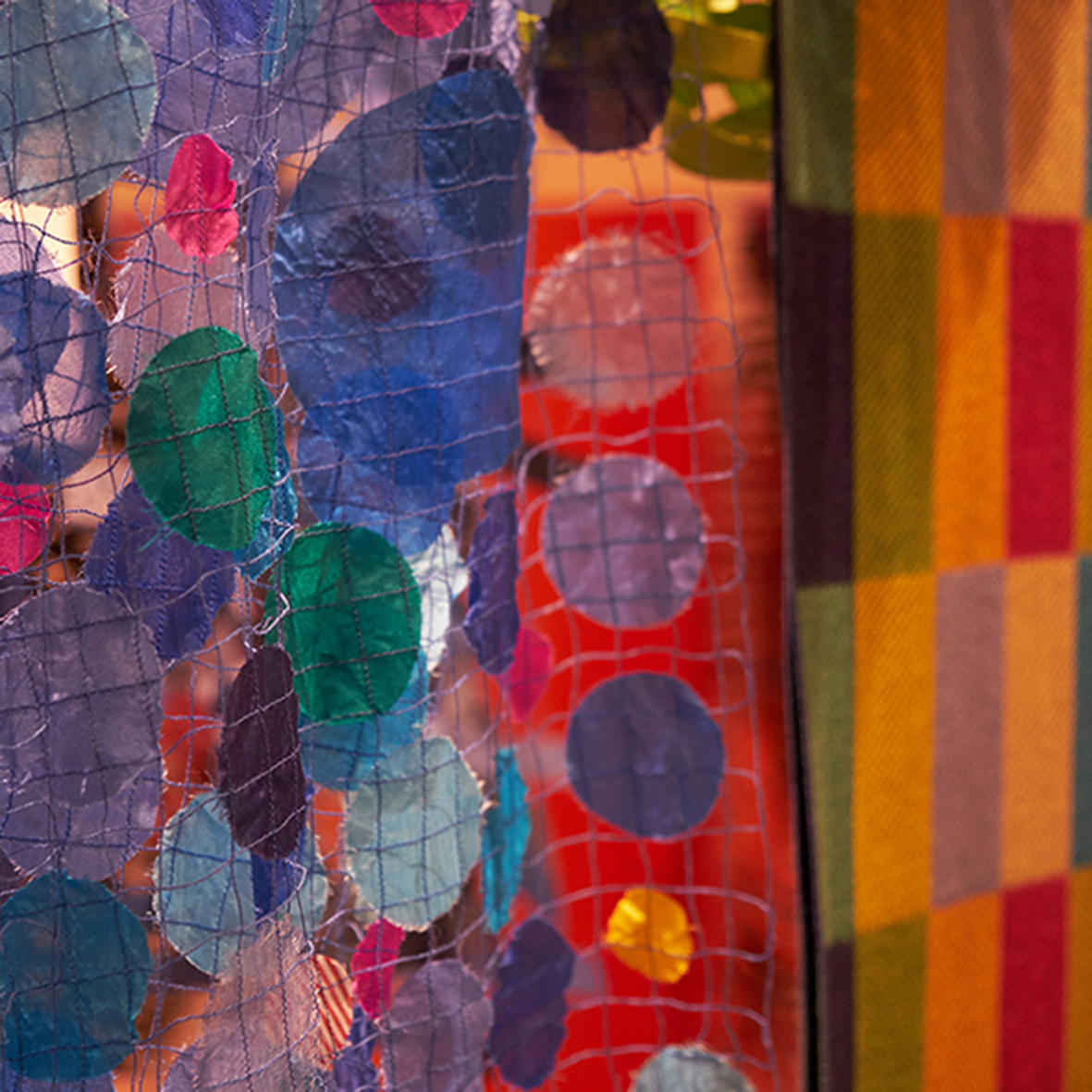 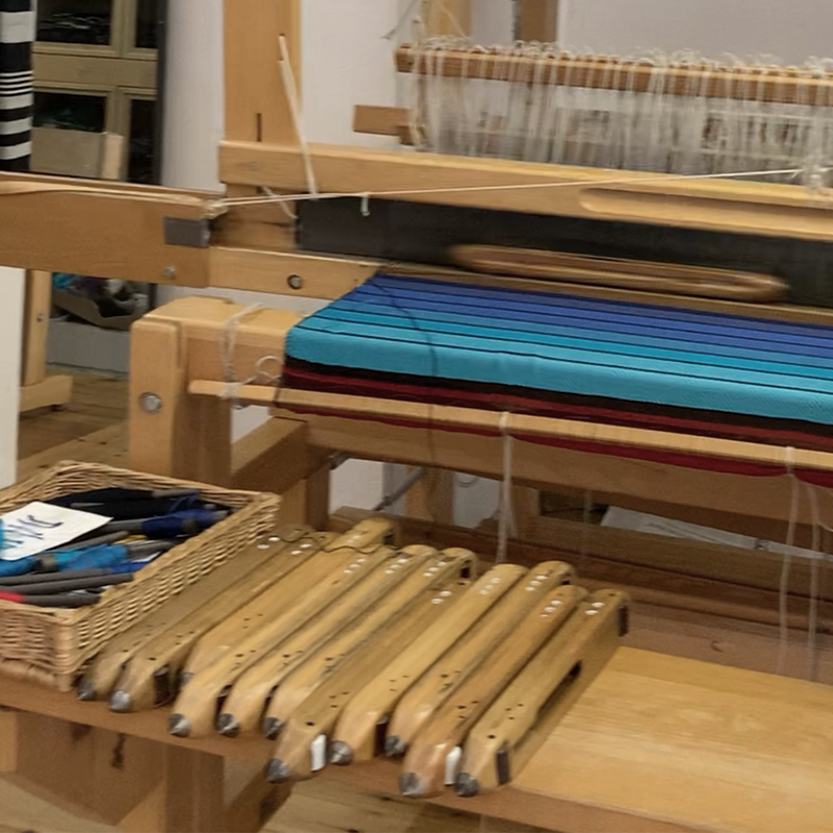 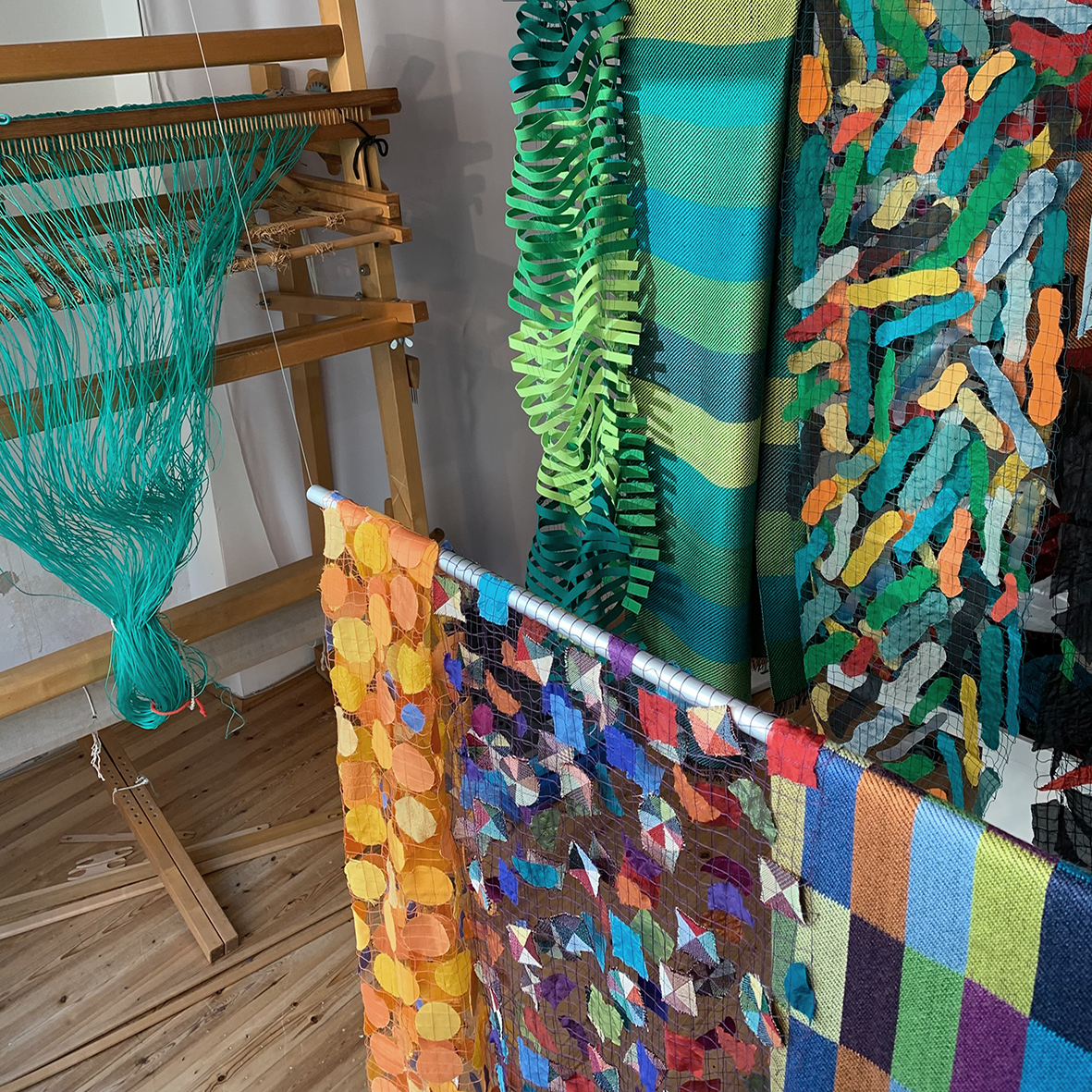 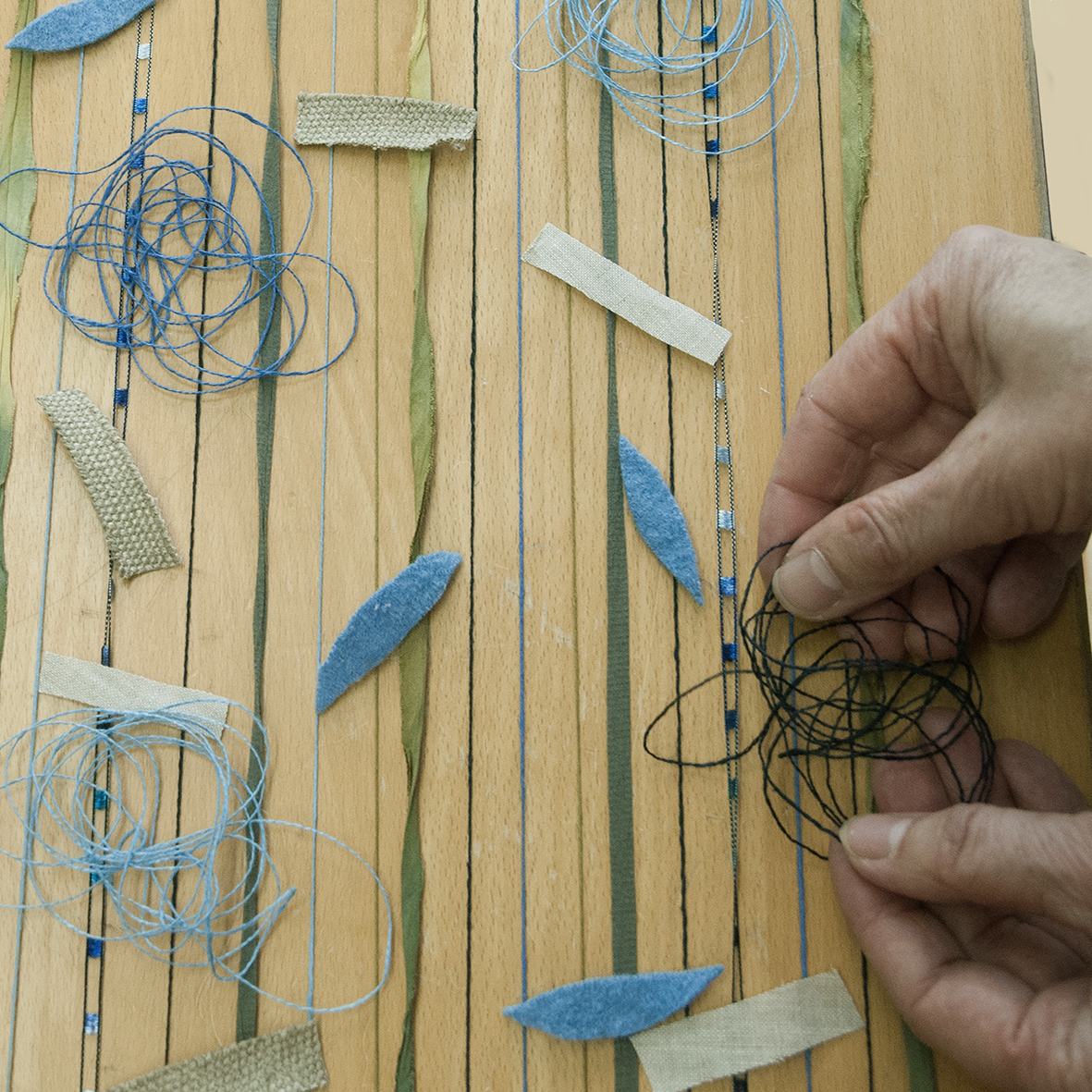 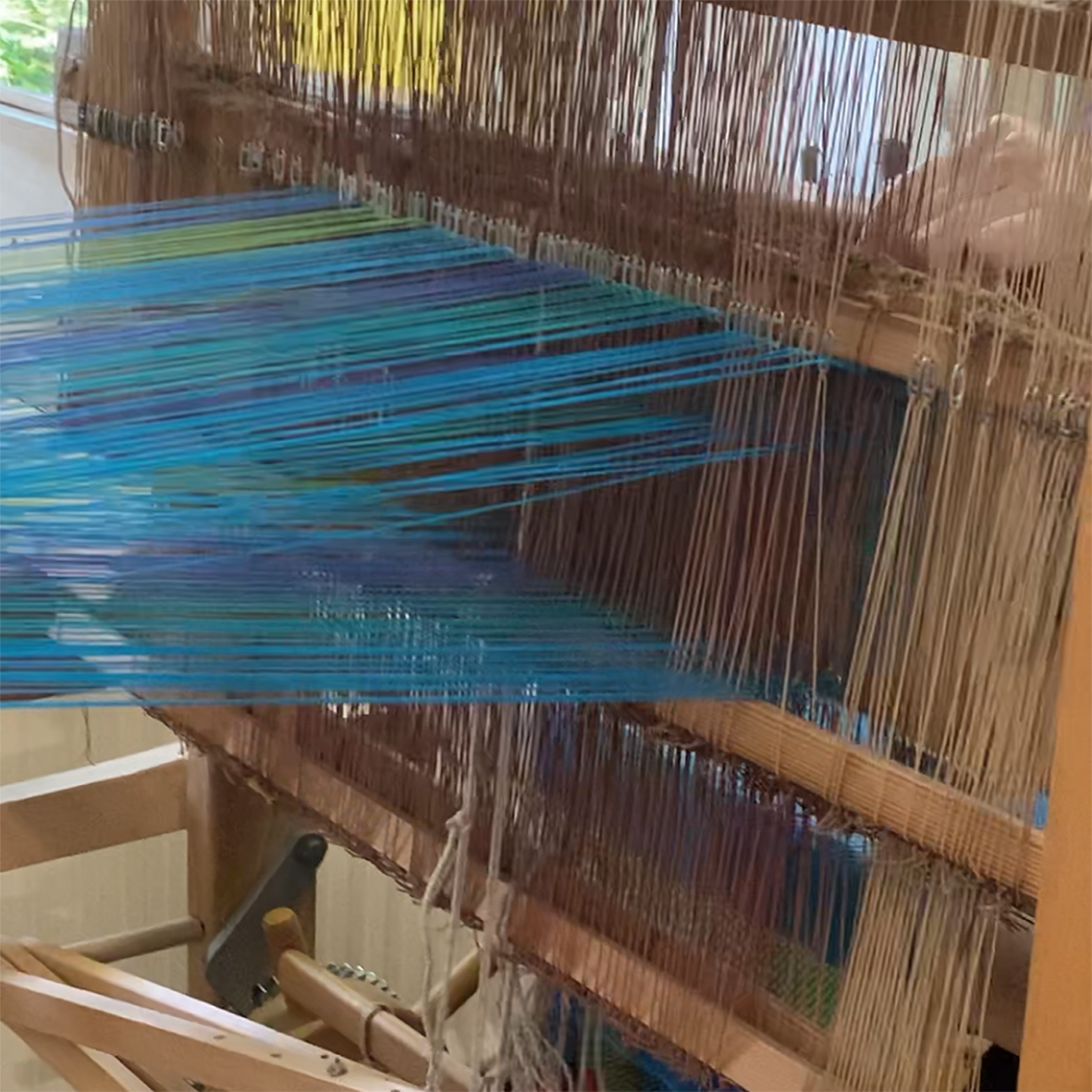 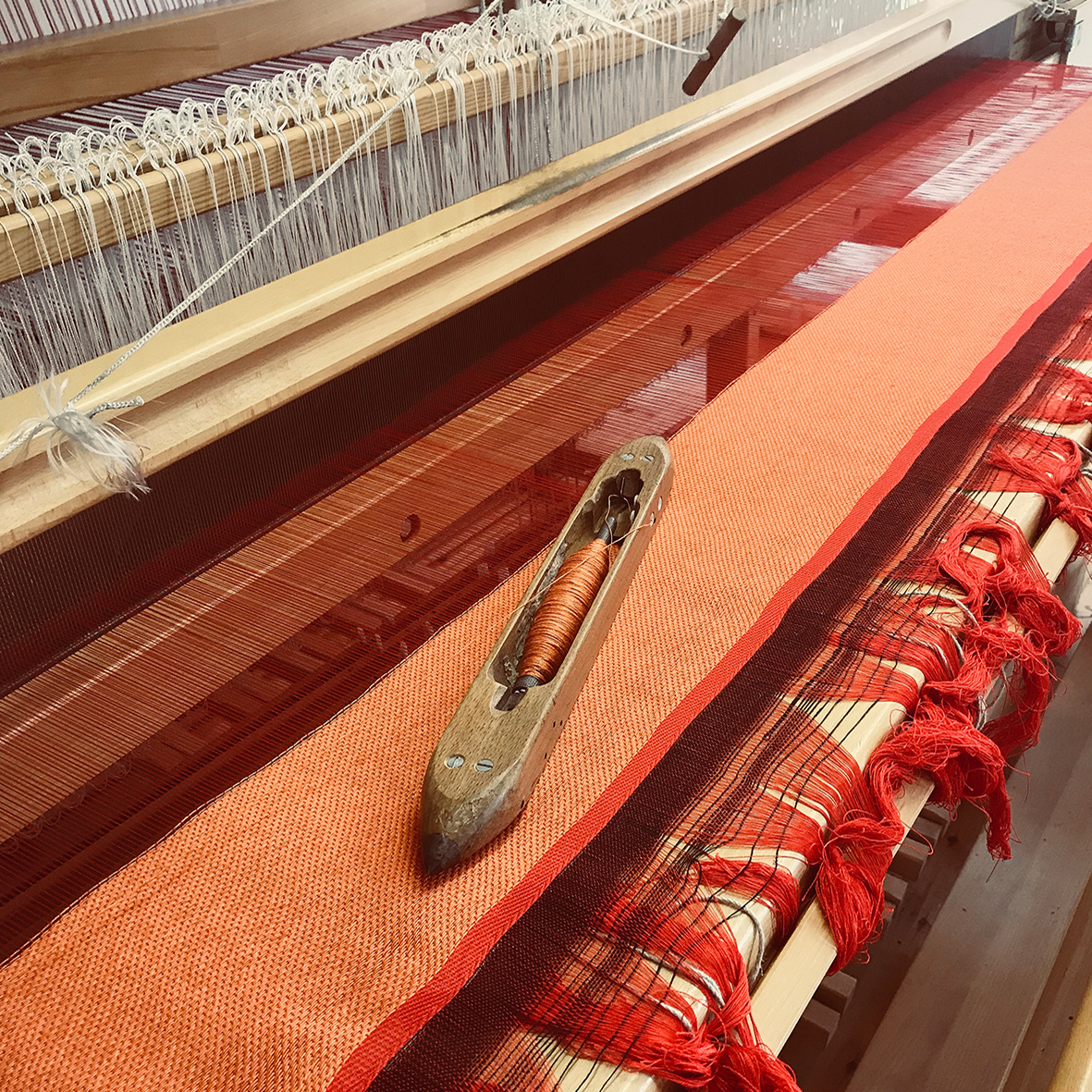 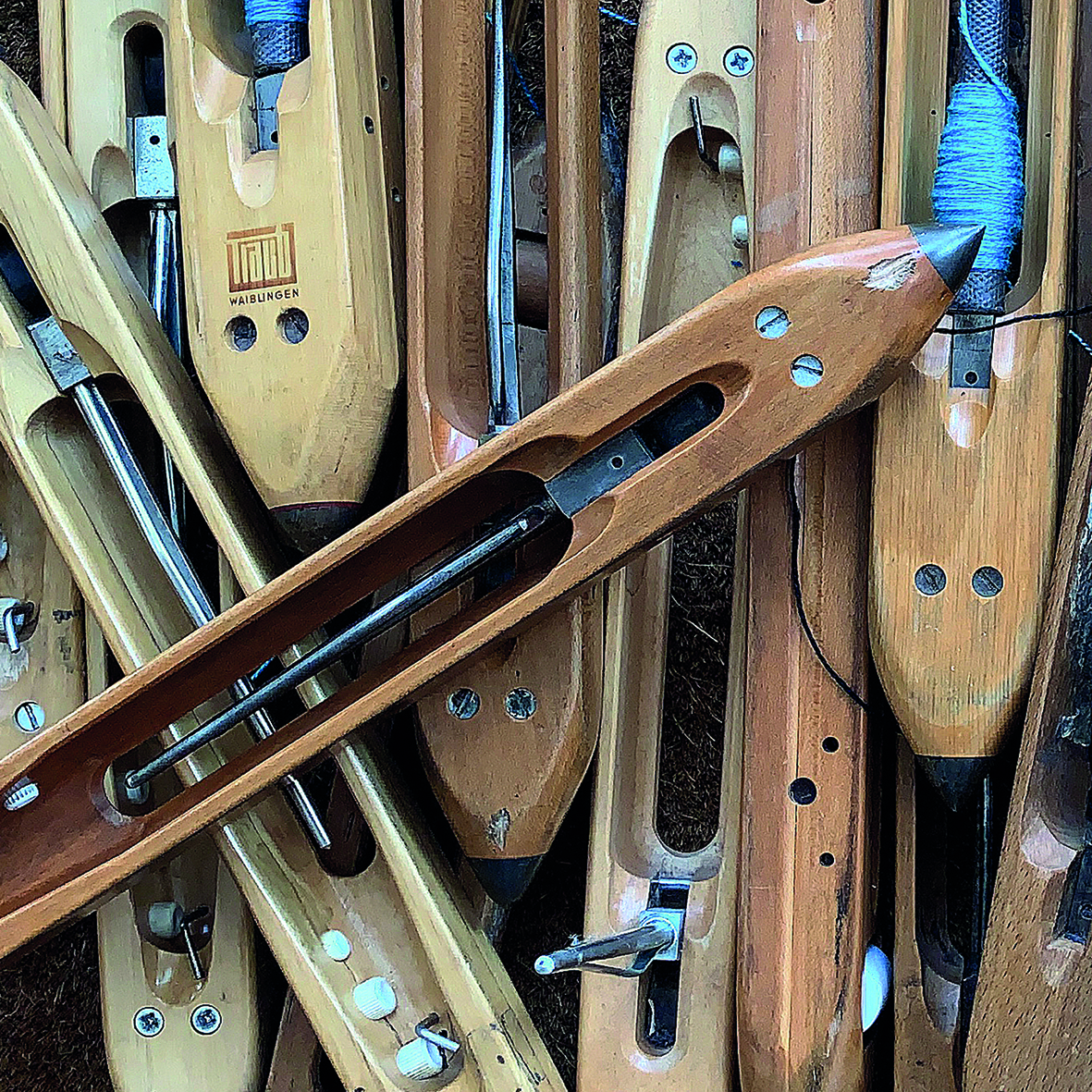 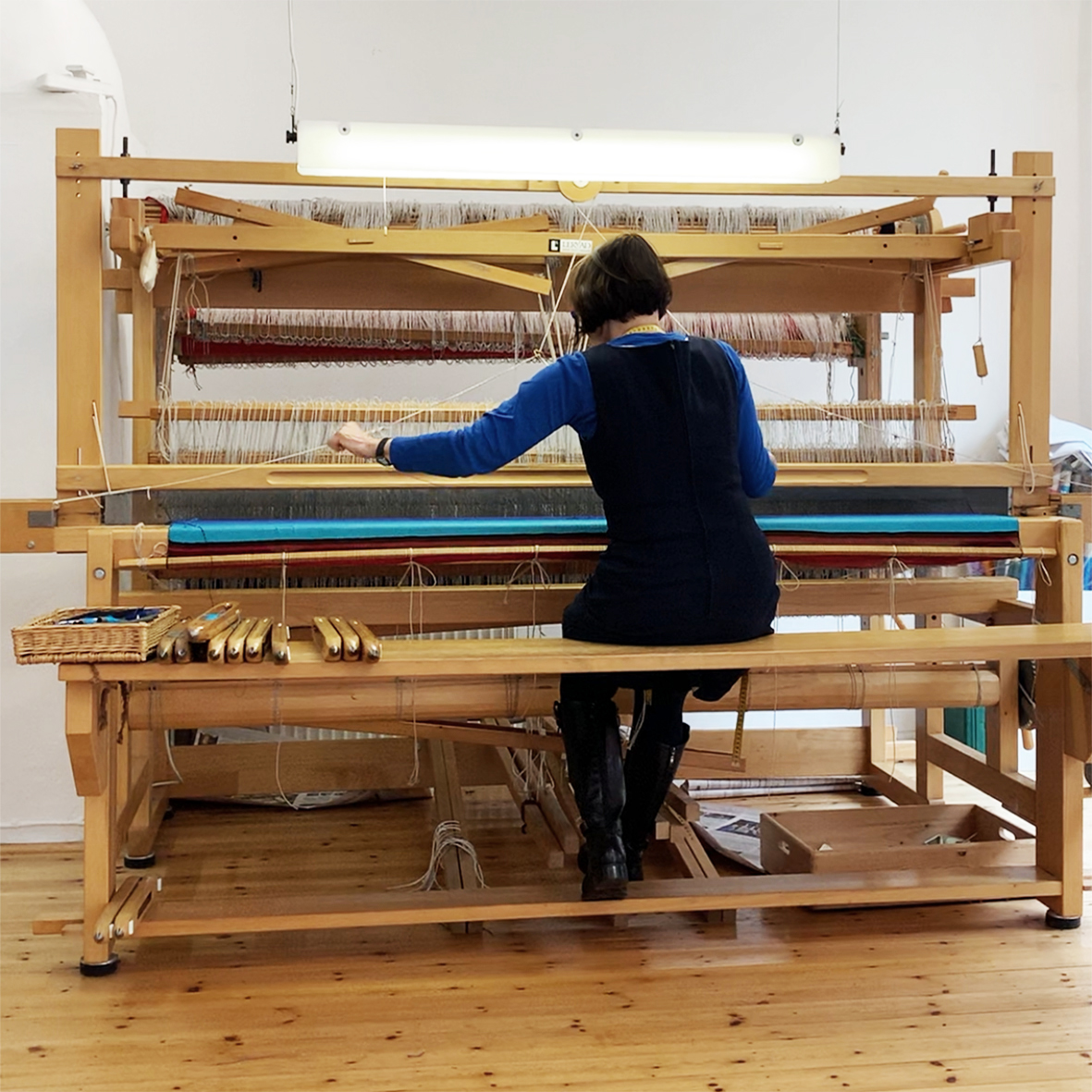 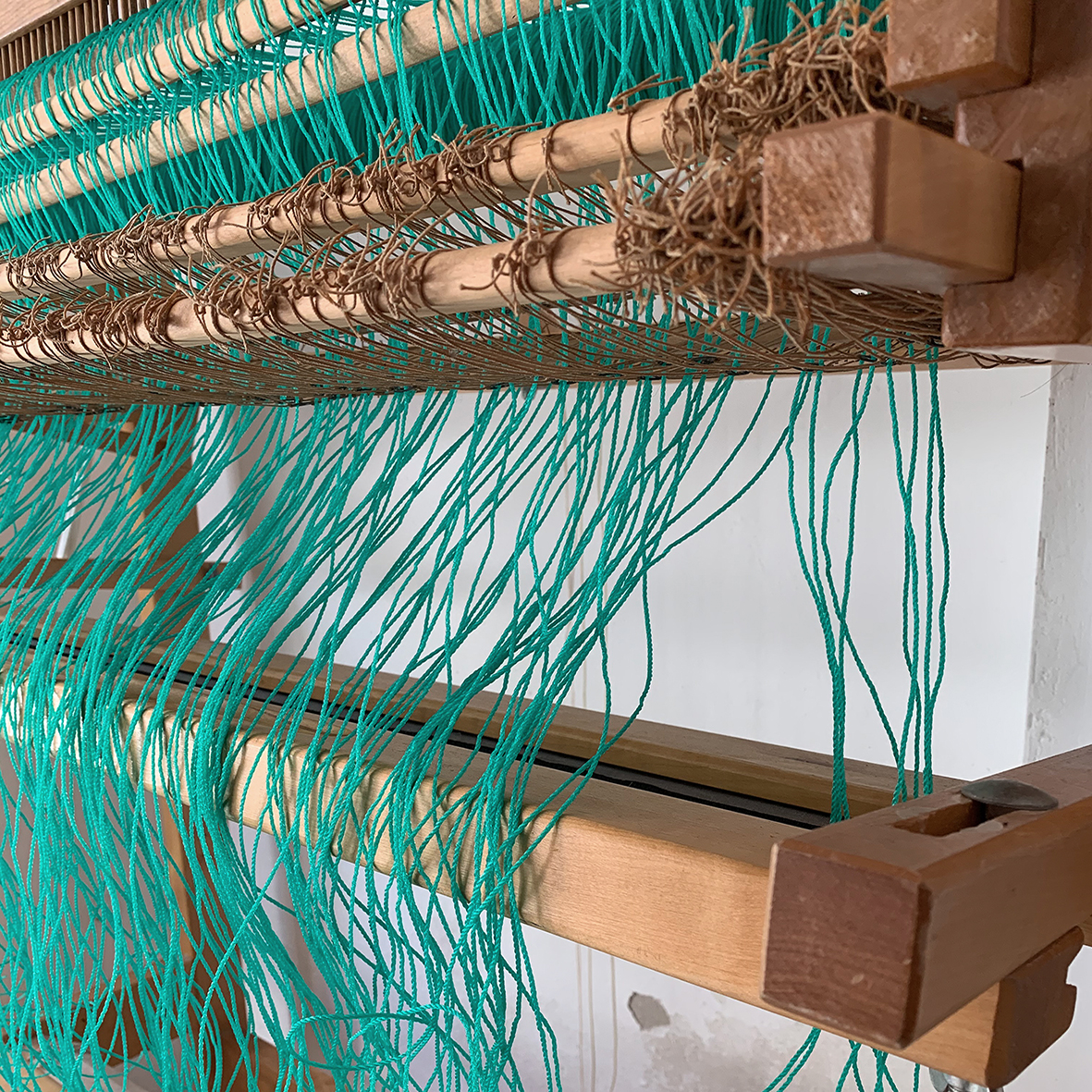 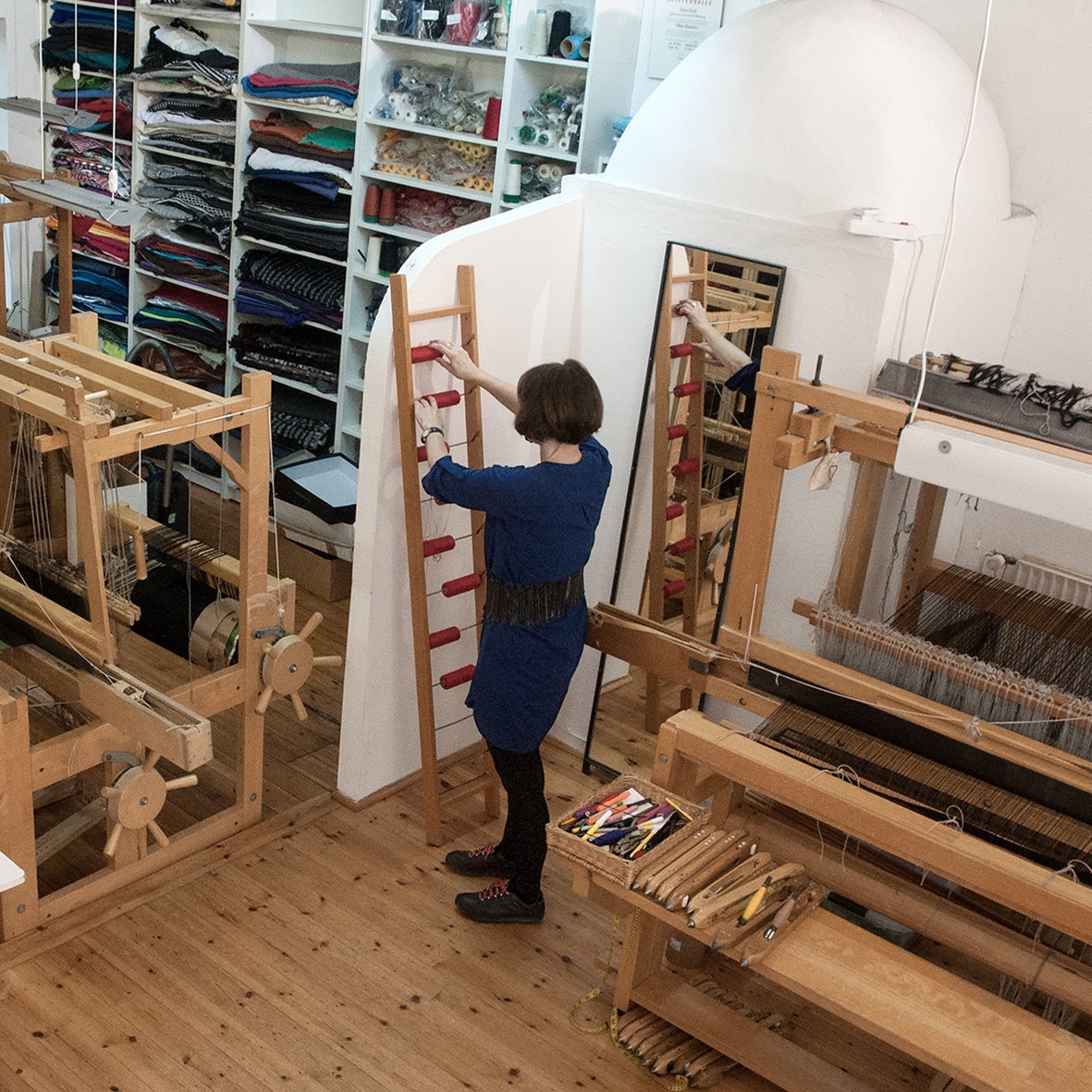 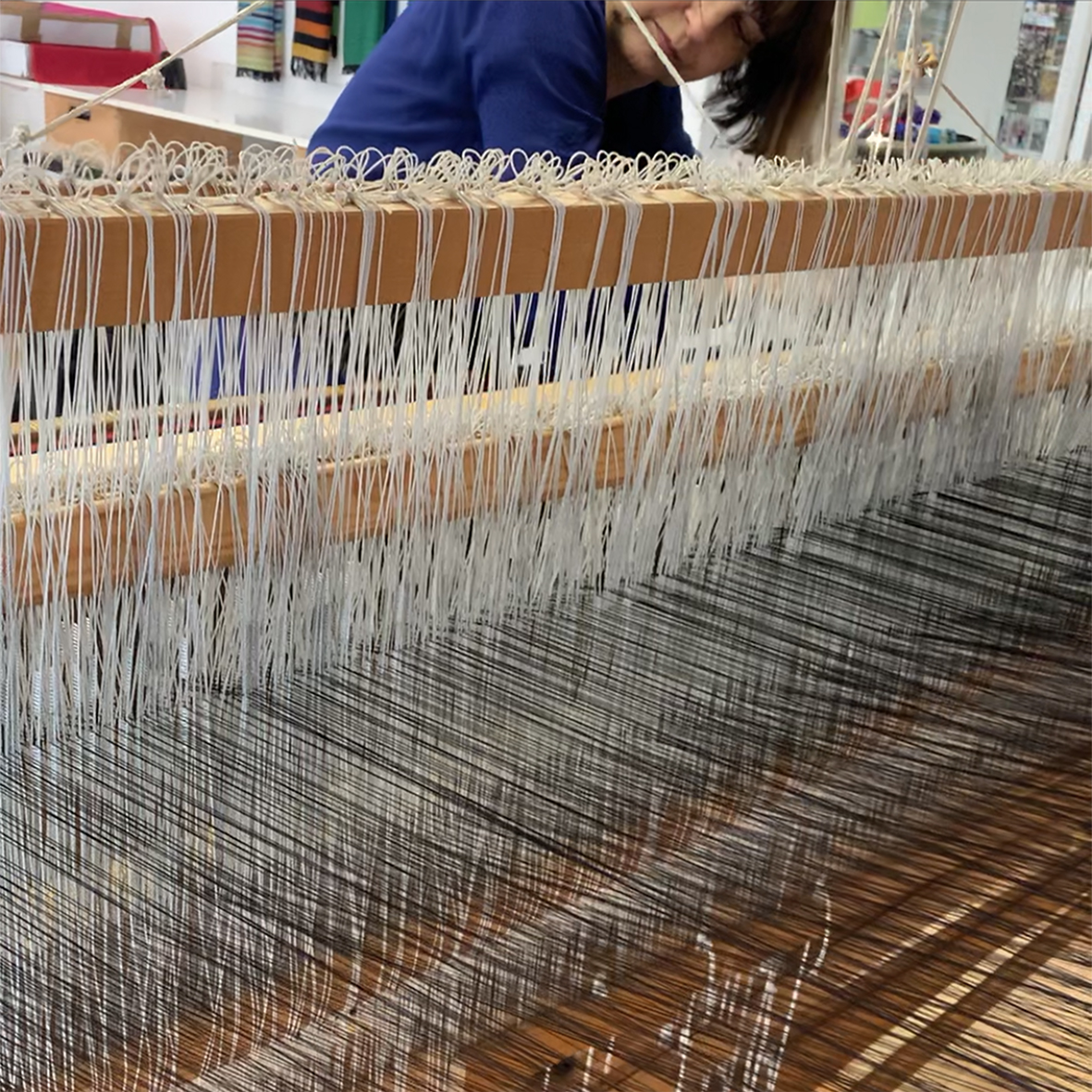 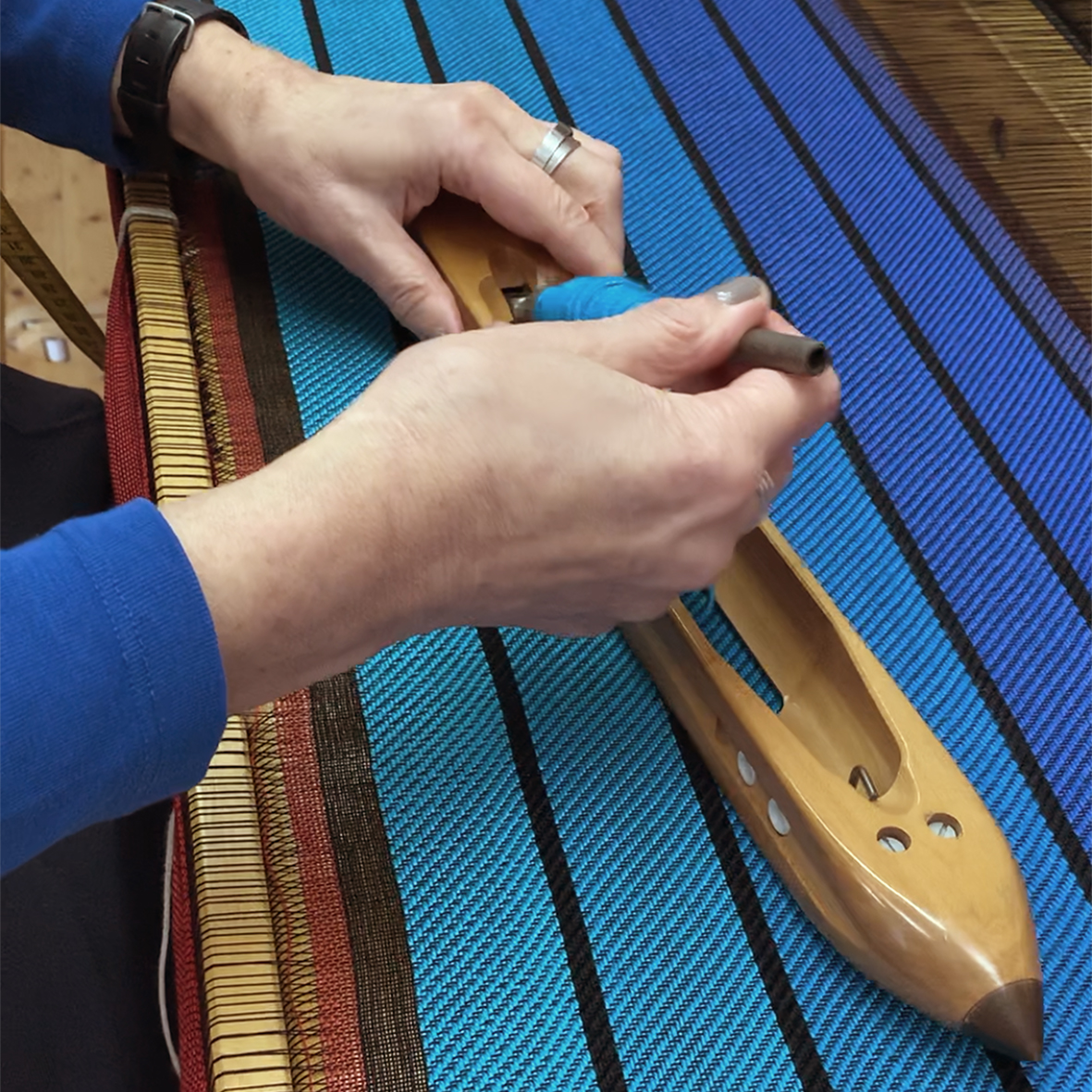 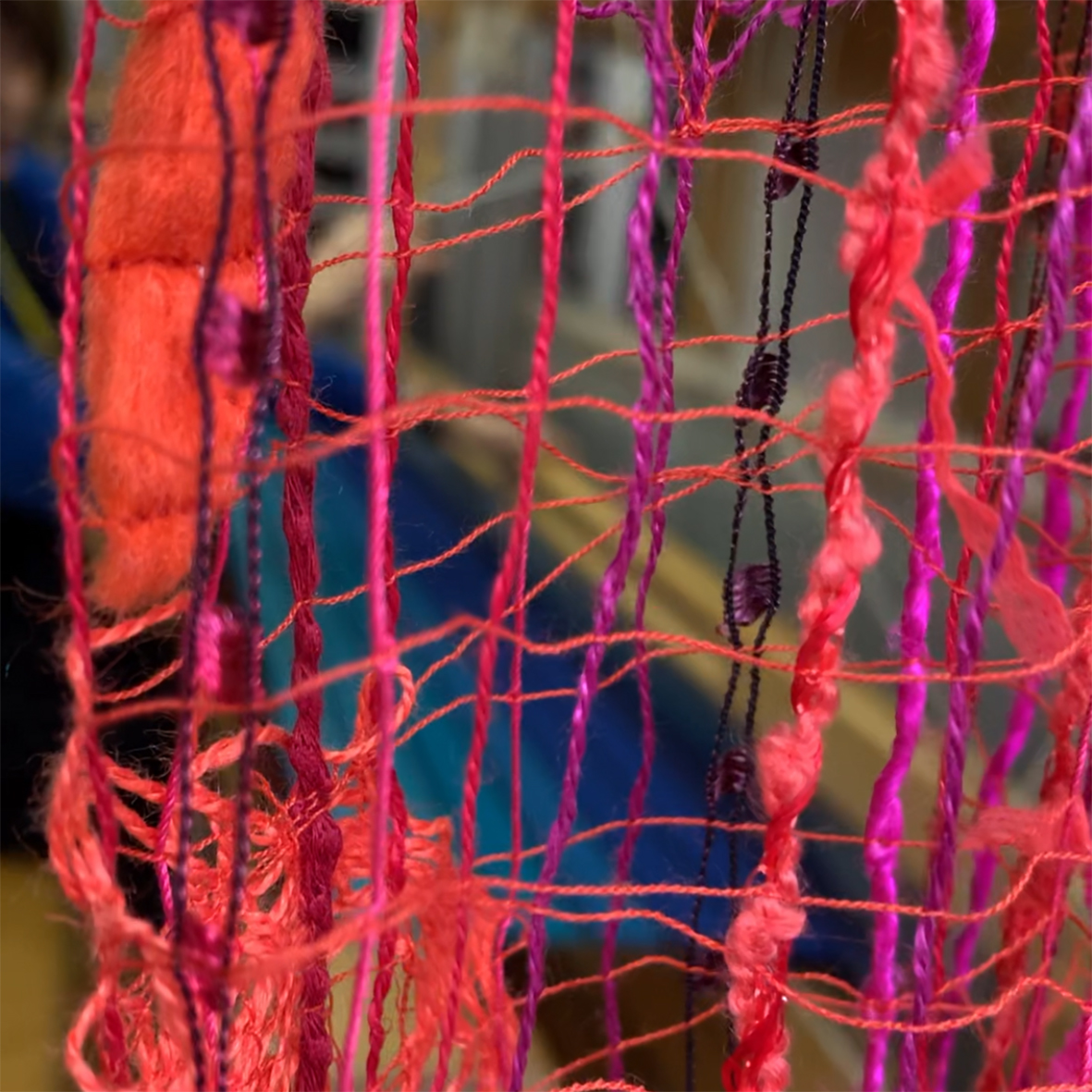 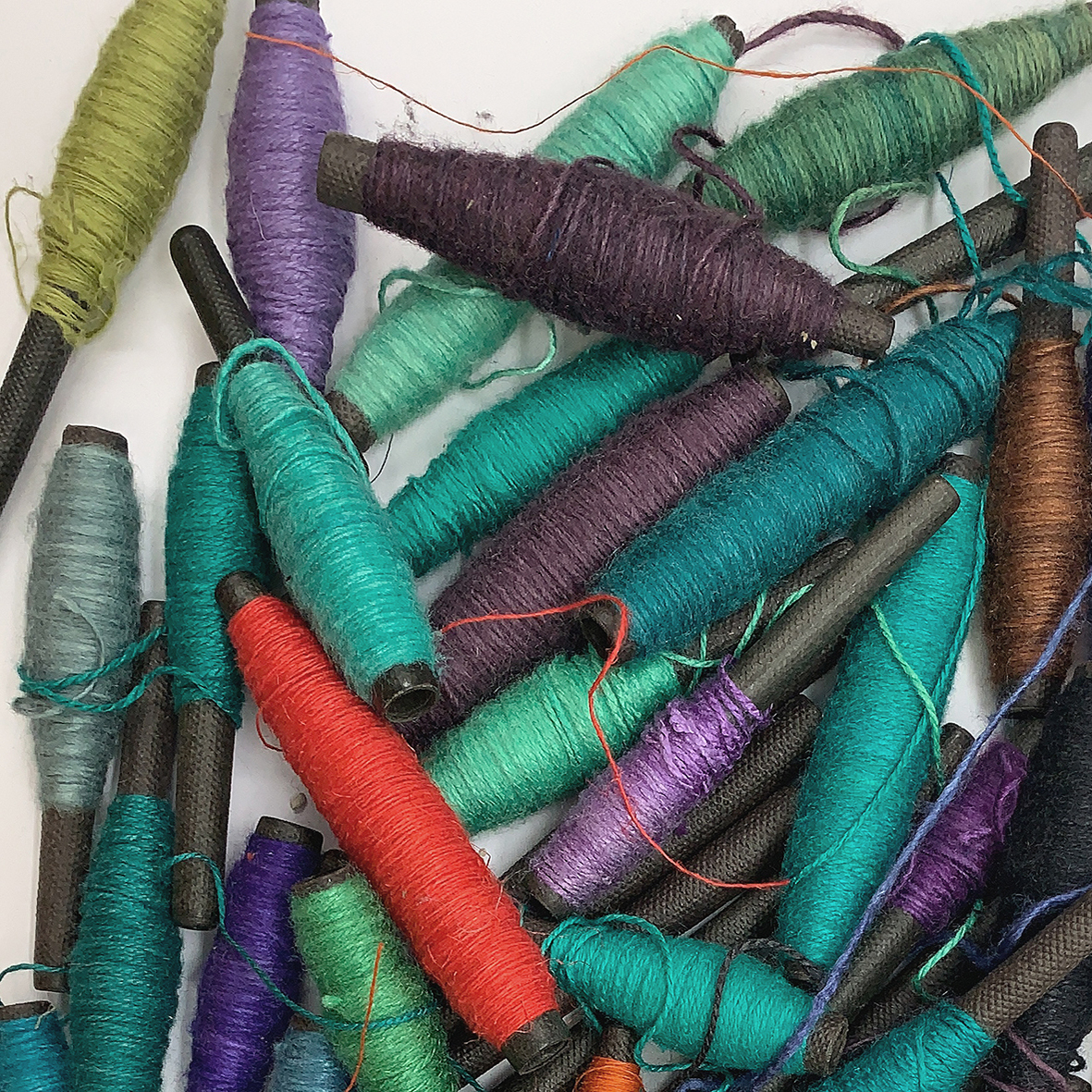 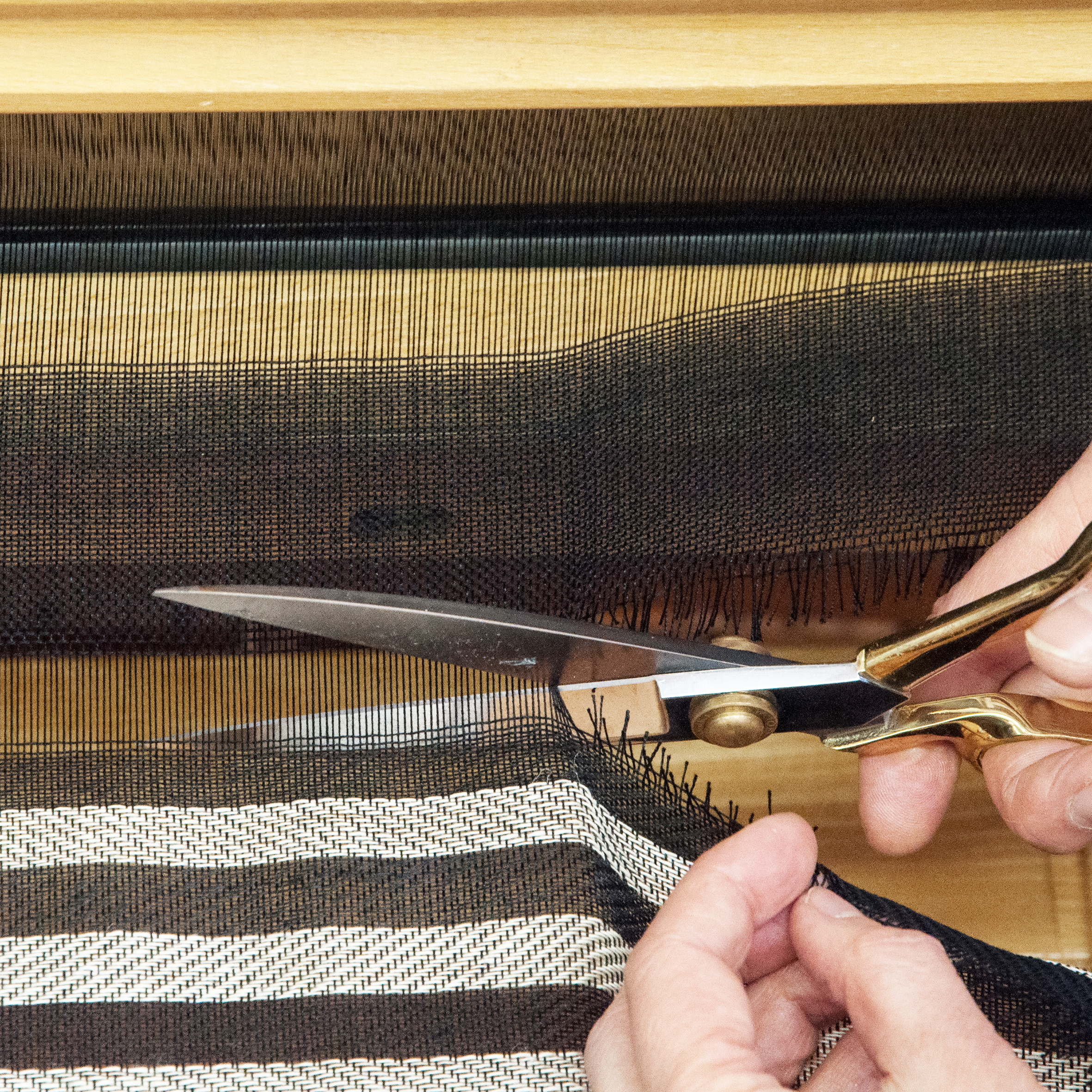 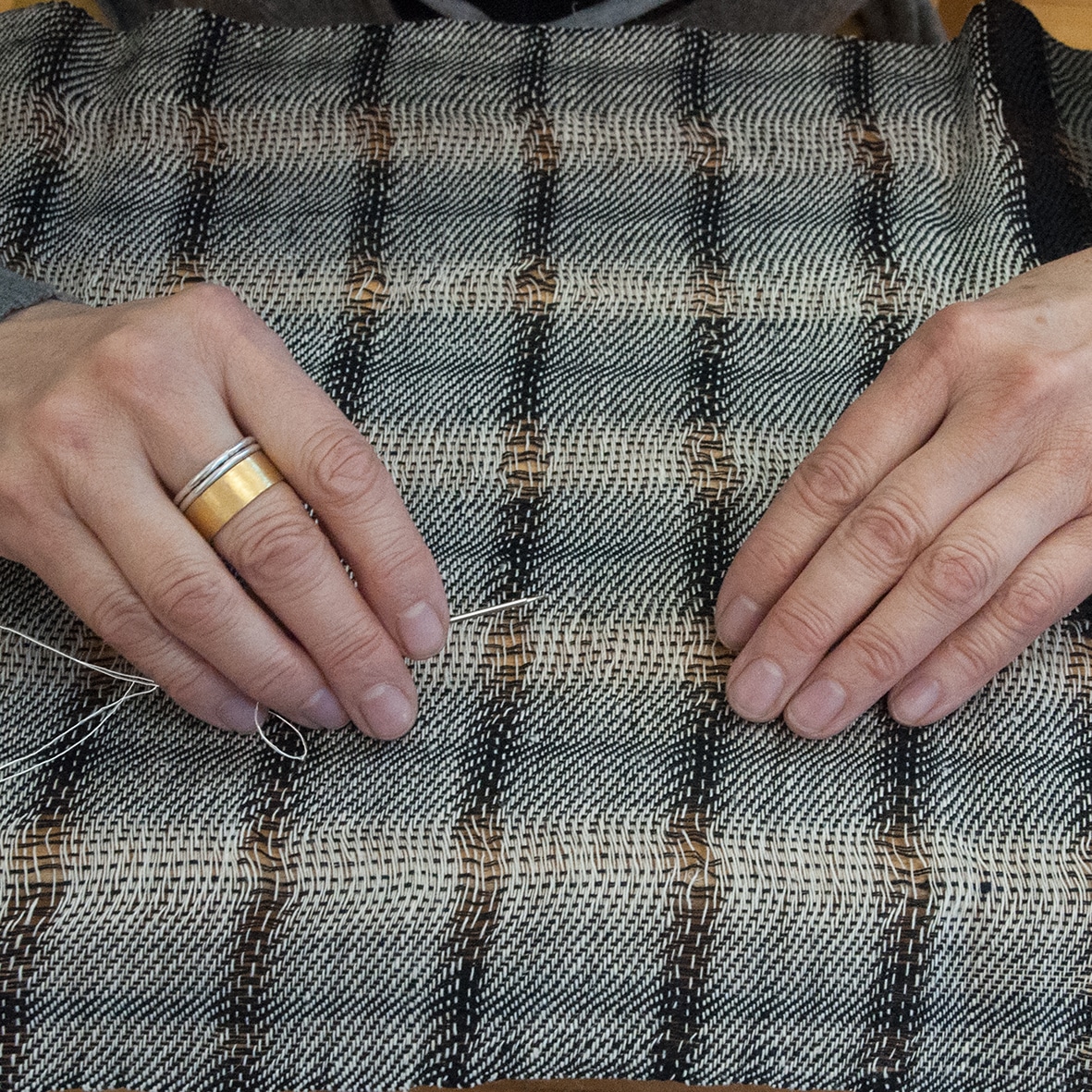